Hooray, I did it! Thank you Lord I made it through week two of the Shut In. I can say that now if you had asked me how I was doing a week ago I probably would have said something to you that would make you think differently of me. Just the thought of being Shut IN was daunting. The term Shelter in PLACE was nerve wracking, but I was determinded to with stand hard ship as a good soldier. At first I was just like all of the other hoarding Americans; I went to the store to fill up my baskets with toilet paper, paper towels, soap, water and anything else that I saw everybody else hoarding. It didn’t take me long to realize that I move a little bit to slow . By the time I got to the store everything was gone. No problem, I made my way to three other stores, only to realize that I was out of luck.

Mind you I really didn’t need toilet paper or paper towels, so you ask, “Why were you out searching endlessly for things that you could have waited to get?” The answer plan and simple, because everyone else was in a panic surely they knew somthing that I didn’t. After I went to my third store and still did not have a roll of toilet paper, I went home. I called my 88 year old aunt to see how she was doing, she said she still needed toilet paper, I grabbed her a pack of nine rolls from the garage and took them to her, leaving two packs of nine in the garage. The moral of this story: don’t panic there is enough for everyone.

In my previous trips to the grocery store there wasn’t a pack of meat in sight. I ventured out today and the grocery store looked half way normal except for the toilet paper and paper towel isle, the shelves were so empty you could have taken a nap. We still have a ways to go on those items, but there were eggs, a little bit expensive but there none the less. There was meat, yea. The store was calm with blue tape at the register reminding you to keep your distance. There were reminders every five minutes to adhear to Social Distancing, but all in all it was nice to get out for a few minutes. I guess this the the new normal for a while. We just have to take it one day at a time. We’re in this thing together. I Did it today and I will continue to do whatever I have to do to get through this crisis. I know I’m not alone. God Bless.

Lay Aside the WEIGHT!

I went to the doctor this week. I dreaded going because I knew I would have to get on the scale. I signed in at the… 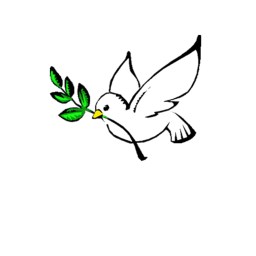 The Price of Peace

Living a Godly life has many benefits, by far the greatest of these is peace. I haven’t always known this to be true. I acquired this…